“I am forced to believe that we can survive whatever we must survive. But the future of the Negro in this country is precisely as bright or dark as the future of the country. It is entirely up to the American people whether or not they are going to face and deal with and embrace the stranger whom they maligned so long. ”
— James Baldwin

“There are so many ways of being despicable it quite makes one’s head spin. But the way to be really despicable is to be contemptuous of other people’s pain.”
― James Baldwin

Thank you, as always.

AP image via The Nation

“Every new environment, particularly if one knows that one must make the effort to accustom oneself to working in it, risks being more than a little traumatic. One finds oneself nervously examining one’s new surroundings, searching for the terms of the adjustment; therefore, in the beginning, I made a somewhat too conscious effort to be pleased by Hollywood. There was the sky after all, which New Yorkers seldom see, and there was space, which New Yorkers have forgotten, there was the mighty and dramatic Pacific, there were hills. Some very valuable and attractive people had lived and functioned here for years, I reminded myself. I had a few friends and acquaintances here already, scattered from Watts to Baldwin Hills to Mullholland Drive, and I was sure they’d be happy if I decided to stay. If I were going to be in Hollywood for months, there was no point in raising the odds against me by hating it, or despising it; besides such an attitude seemed to obvious a defense against my fear of it. As hotels go, the Beverly hills is more congenial than most and certainly everyone there was very nice to me. And so I tried–too hard–to look about me with wonder, and be pleased. But I was already in trouble, and the odds against the venture were very long odds indeed.”

— James Baldwin, from “No Name in the Street”
Born 90 years ago on this day.

AMERICAN MASTERS’ look at James Baldwin’s life and career is up on the PBS site — here. I haven’t watched this in quite some so am looking forward to revisiting.

Today would have been James Baldwin’s 89th birthday and yesterday, in honor of that, the Collectif James Baldwin Page posted this wonderful photo of a very young James Baldwin tackling his territory.

“The secret of his greatness does not lie in his voice or his presence or his manner, though it has something to do with all these; nor does it lie in his verbal range or felicity, which are not striking; nor does he have any capacity for those stunning, demagogic flights of the imagination which bring an audience cheering to its feet. The secret lies, I think, in his intimate knowledge of the people he is addressing, be they black or white, and in the forthrightness with which he speaks of those things which hurt and baffle them. He does not offer any easy comfort and this keeps his hearers absolutely tense. He allows them their self-respect—indeed, he insists on it.” 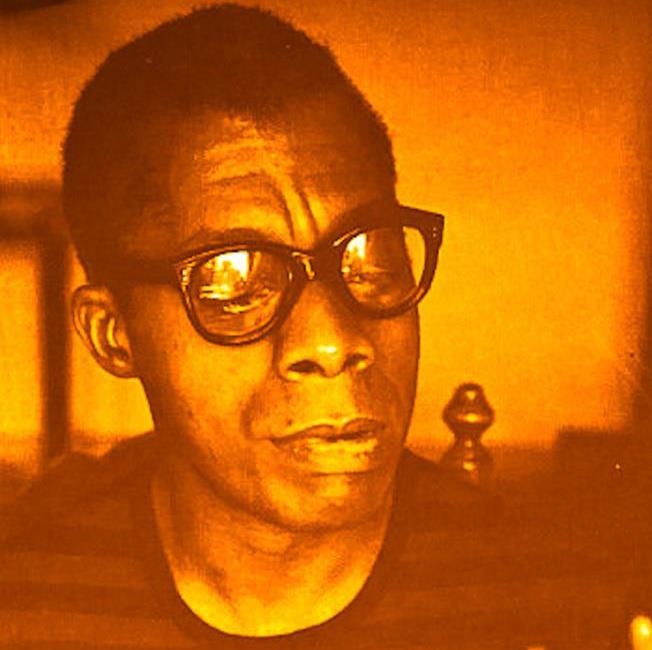 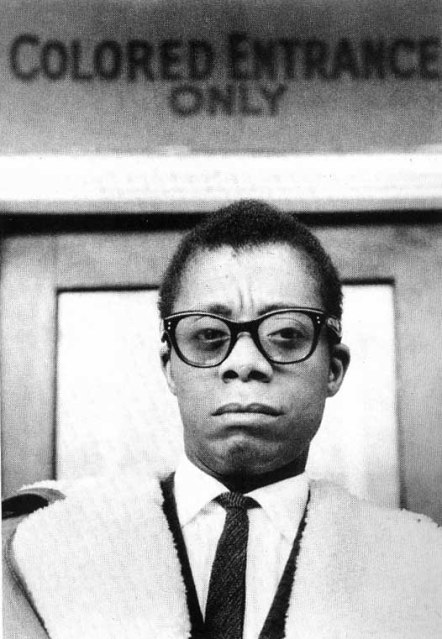 “Those who say it can’t be done are usually interrupted by others doing it.”
― James Baldwin

On occasion of what would have been his 88th Birthday, Happy Birthday, Jimmy B…

I JUST stumbled upon this interview — a coincidental boon since a book I’m reviewing deals with much of this subject matter and will give me a way to frame the piece.

The link is an audio conversation: James Baldwin speaking with Studs Terkel about writing his novel Another Country and the then just-published collection of essays “Nobody Knows My Name and the process of reconnecting with the voices of his youth — the “things I saw and felt” as a child.

Baldwin explains how cut-off from himself he felt both in the States, and later in Europe where he had travelled to begin writing the book. Listening to records while writing in the icy white of Switzerland, he tells Terkel, didn’t just help him to reanimate home — but to understand something about a long, steady process of devaluation he had been experiencing all of his life.

“I realized it was a cadence, a beat, …. it was a question of the beat really … and Bessie had ‘beat’… I played Bessie everyday. …. A lot of the book is in dialogue, I corrected things according to what I was able to hear when Bessie sang and when James P. Johnson plays. It’s that tone, that sound — it’s within me.”

This epiphany sets him on a road to consider other things “lost” or obscured of elided. It’s both poignant and powerful, his revelations, all told in his very own unmistakable cadence:

All you are ever told in this country about being black is that it’s a terrible,terrible thing to be….And in order to survive this you really have to dig down deep into yourself and recreate yourself really according to no image which yet exists in America . You have to decide who you are and force the world to deal with you and not this idea of you.

“Most of us, no matter what we say, are walking in the dark, whistling in the dark. Nobody knows what is going to happen to him from one moment to the next, or how one will bear it. This is irreducible. And it’s true of everybody. Now, it is true that the nature of society is to create, among its citizens, an illusion of safety; but it is also absolutely true that the safety is always necessarily an illusion. Artists are here to disturb the peace.”